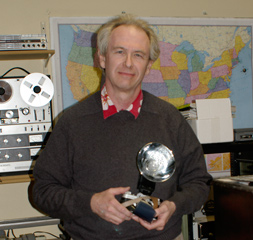 Born on his father's 26th birthday at Southern Nevada Memorial Hospital, Kelly was a true Las Vegas Native. Not one for travel, he never wanted to live anywhere but Las Vegas. Coming from an Air Force family, as a youngster he was moved from Las Vegas to various duty stations and back again many times. Kelly was grateful when his father retired and the family moved back to Las Vegas permanently in 1967.


As a kid, Kelly loved taking everything apart. He was fascinated with learning how things worked. He had an incredible imagination and a terrific sense of humor and would invent crazy off the wall gadgets. He always had a theory of some sort about something you would never think there could be a theory about.


While attending Rancho High School, he became involved in the A/V department. This eventually led to his love of photography and he enjoyed experimenting with different kinds of film and 3-D photography.

During high school, Kelly's first job was as a part time cook for his aunt and uncle in their pizza restaurant in North Las Vegas; Peppino's, located in the College Park shopping center. Best pizzas in the valley, even when Kelly was helping make them!

After graduating from Rancho in 1971, Kelly went to Tucson, AZ for a year to study computers. Upon his return to Las Vegas, he joined the Army and spent 3 years in Washington State- he couldn't wait for his visits home to be in the desert sun! After an honorable discharge from the Army, he moved back to Las Vegas, where he got a job working in the slot department of the Stardust Hotel.


While working at the Stardust, Kelly started taking correspondence courses in electronics and computers. After a couple of years, he was able to obtain a job building computerized equipment for government research projects. 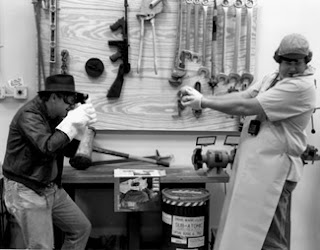 Even though he prefered time alone to social gatherings, Kelly was always a very likeable person and had many friends. He enjoyed being alone, always having projects to work on; working in the dark room, a new invention or fixing electronic equipment for friends. He worked part time repairing cameras. In the 1980's, Kelly's imagination and sense of humor came to life with a series of time travel stories. You can learn about and read some of them here!

Kelly was never afraid to make fun of himself- he had a very unique sense of humor, which he exhibited in many self-portraits: 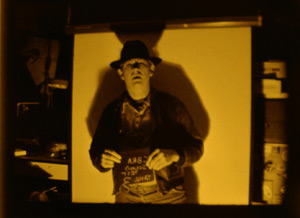 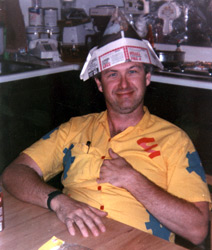 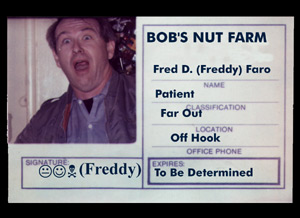 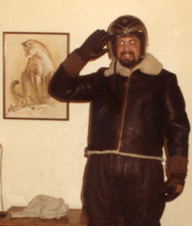 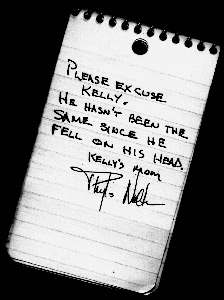 Around the middle of 2006, Kelly's behavior changed - he started having minor accidents and forgetting things. After several tests, he was diagnosed with Frontotemporal Dementia (FTD), one of the rarest forms of dementia. There is no cure and no treatment. This disease progresses steadily and often rapidly- it ranges from 2 years in some victims to 10 years in others. We don't know exactly when Kelly developed the disease, but from the time of diagnosis til his death was just a little over 2 years.

Kelly spent the majority of his last 2 years being cared for by his mother and younger brother Casey, until he progressed to the point where he needed professional, around the clock care.

In the last two months of his life, Kelly spent 54 days at UMC- the hospital where he had been born. He was moved to Nathan Adelson Hospice on Monday, November 3rd, where he passed away Thursday, November 6th at 3:50 pm.  We had been unable to communicate effectively with him for several months, so we can only hope it was peaceful for him. 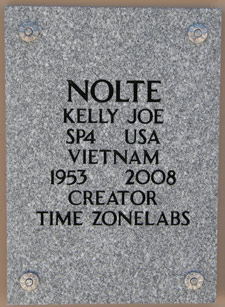 Per Kelly's wish, there were no services. He has been interred at the Veterans Cemetery in Boulder City, Nevada.  Kelly was preceded in death by his father Virgil (Joe) Nolte (03/27-05/96.) He is survived by his mother, Phylis Dodd, sister Laura Nolte, brother Casey Nolte, niece & nephew-in-law Alexis & Mike Apodaca and great-niece & nephew Layla and Harrison, all of Las Vegas.

Kelly was a good son, a good brother and a good friend. He is missed.